The development of applications is likely to have a game-changing impact in the Middle East, according to new research.

Produced by the Foresight Factory, the F5-commissioned The Future of Apps (FoA), highlights the evolution of artificial intelligence (AI) and machine learning.

The EMEA-wide report charts the rise of new app interfaces (including augmented and virtual reality) and the potentially big influence of blockchain technologies and edge computing.

A key finding of the report centres on how AI and machine learning will influence the developmental trajectory of future apps.

This includes advances in areas such as collaborative AI, where virtual assistants – and underlying apps – can communicate and act accordingly.

Global Foresight Factory figures found 41% of 16 to 25-year-olds surveyed in EMEA believe their current jobs could be supplanted by AI or robots within the next decade.

The Dubai Blockchain Strategy has the target of becoming the first government in the world to handle all transactions via blockchain by 2020.

The ethos of decentralised apps, or ‘dApps’, chimes with a growing appetite for peer-to-peer solutions.

Research and Markets anticipates that by 2020 blockchain technology and solutions will be used by up to 65% of enterprises.

One of the FoA’s eye-catching areas is the rise of ‘mixed reality’ and hardware innovation.

“Location will become irrelevant to many aspects of communication, learning and experience, creating the notion of ‘individual realities’,” said El Khayat

“In parallel, new risks will arise as individuals become ever more immersed in their computational existence. “

According to Foresight Factory, consumer demand is fuelling much of the evolving innovation roadmap. Nearly half of surveyed respondents across Europe and South Africa have already used a VR headset or are interested in doing so, rising to 57% among Gen Y.

71% of EMEA consumers also agreed they want to have new experiences, and nearly half (46%) said they would be interested in night vision contact lenses, increasing to 56% among Gen Y.

“When moving into mixed reality we will be able to dissolve the geographical boundaries even more than is the case today,” said Dany El Eid, CEO and founder of Pixelbug and FoA report contributor.

“All these paradigm shifts are going to allow us to teleport ourselves to a virtual environment where we can collaborate with people anywhere.” 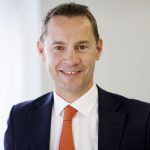 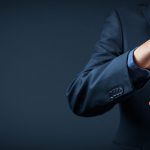