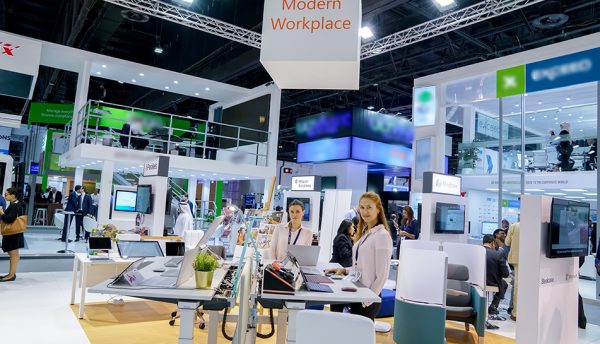 Microsoft has remained consistent and successful at this year’s GITEX, where its ‘showcase’ highlighted solutions for the modern workplace and cybersecurity.

The company made sure that the exhibit put an emphasis on ‘cloud society’, an initiative poised to upskill the workforce in order to stay competitive and achieve more.

The Modern Workplace Zone, designed by Steelcase and powered by Microsoft, is split into four sections with different themes:

A research conducted by Microsoft showed that more than four in five large Gulf businesses continue to use usernames and passwords as the only means of authentication to corporate networks. Such practices can leave regional organisations extremely vulnerable.

Therefore, Microsoft dedicated a zone to security which is divided into three staged-scenarios. The ‘Digital Crimes Unit Map’ reveals how the Microsoft Cloud and advanced analytics are taking the fight to cybercriminals. Visitors can watch an interactive video on attacks in the Middle East that took place in the previous 30 days and how they were thwarted by Microsoft’s Digital Crimes Unit.

Also, in the Security Zone, delegates will be invited to take the ‘Microsoft Security Hack Challenge’ and see how secure their business is. They will have the chance to fill a hacker’s shoe and witness the process of infiltration, receiving valuable insights along the way as to how malicious practices can be combated. In addition, companies can take a GDPR Assessment to see how compliant their organisations are with the European Union’s General Data Protection Regulation.

Closing the skills gap is something Microsoft has taken seriously over the years. The company has reiterated the message by dedicating an area for Microsoft’s Cloud Society with focus on educating people about the cloud ecosystem and Microsoft initiatives and partnerships, such as with Dubai Future Foundation on AI Summer Camps and the One Million Arab Coders programme – aimed at upskilling and reskilling people to fill the jobs that are yet to be created.

“Findings from a recent IDC study revealed that the cloud and Microsoft ecosystem will generate 520,000 jobs between 2017 and 2022 across Middle East and Africa,” said Sayed Hashish, Regional General Manager, Microsoft Gulf.

“A separate report from World Bank cited that for each job created in the high-tech sector, approximately 4.3 jobs are created across all occupation and income groups. This could mean that cloud can potentially generate over two million jobs in the region in less than five years. This make it even more important for us to play a role and create successful platforms like Cloud Society that are poised to train talents – and thus create more jobs to accelerate economic growth of the region.” 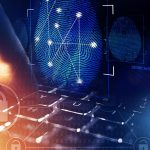 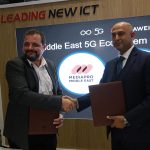