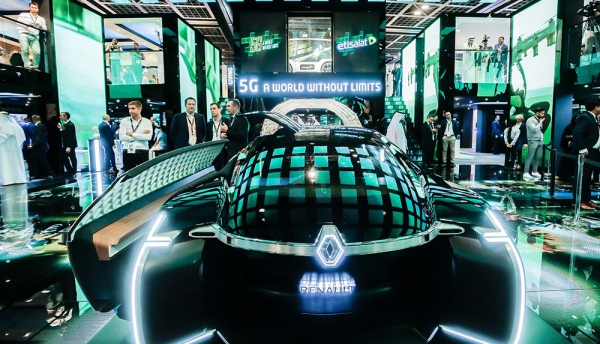 With more than 10,000 people visiting this year’s GITEX we take a look back at some of the highlights from Dubai Police’s floating police station to Etisalat’s Lazareth Flying Motorcycle.

Free of any human intervention, the station will be opened in the sea off Dubai’s World Islands next year. It will help sea users and World Island residents enjoy key services, including the reporting of crimes, traffic incidents and community services.

Etisalat showcased the Renault EZ-ULTIMO, a robo-vehicle equipped with level advanced autonomous driving capability. Powered by an all-electric drivetrain, it can connect to urban environments and highway infrastructure, and can drive itself without human input both in the city and on the highway.

Also taking off from Etisalat’s stand was the Lazareth Flying Motorcycle, a four-wheeled mechanical sculpture around a 5.2-litre V8 Maserati engine. The flying motorcycle can convert from ride-to-fly mode in approximately 60 seconds.

Another crowd puller at Etisalat’s stand was LIFT Aircraft’s Hexa drone-like aircraft that is controlled using a joystick in the cockpit and stabilised by a flight computer. It weighs around 200kg, seats one person and has 18 sets of propellers, motors and batteries. In the event of an emergency, flight controllers can take over the aircraft and fly it remotely like a drone. The aircraft can travel just more than 97 kp/h at top speed and includes air-cushioned floats, allowing it to land on water if necessary.

DEWA focuses on AI and disruptive technologies in utility sector

DEWA highlighted its latest smart services, customer services and innovative digital technologies in electricity and water and demonstrated its key initiatives that use Artificial Intelligence (AI) and disruptive technologies to enhance the experience of its customers, partners, employees and other stakeholders.

H.E. Saeed Mohammed Al Tayer, MD and CEO of DEWA, said: “GITEX Technology Week is an important opportunity to highlight DEWA’s AI applications and its smart and innovative solutions. Through Digital DEWA, our digital arm, we are redefining the concept of a utility to create a new digital future for Dubai to support the Dubai 10X initiative, which was launched by His Highness Sheikh Mohammed bin Rashid Al Maktoum, Vice President and Prime Minister of the UAE and Ruler of Dubai, to propel Dubai into the future, putting it 10 years ahead of other global cities through government innovation and disruptive technologies. DEWA will disrupt the entire business of public utilities by becoming the world’s first digital utility to use autonomous systems for renewable energy and storage.”

Under the theme ‘From Paper to Paperless,’ Smart Dubai’s pavilion showcased Dubai’s strategies, services and initiatives that accelerate the shift towards a paperless government that will further establish Dubai as a world leader in the Smart City sector.

Smart Dubai collaborated with 48 government, semi-government and private-sector entities in Dubai at GITEX, with the various bodies taking part in the event under its umbrella and exhibiting ground-breaking smart government services.

Her Excellency Dr Aisha Bint Butti Bin Bishr, Smart Dubai’s Director General, said: “GITEX Technology Week is almost four decades old now, and over the course of its journey, has successfully established itself as a world-leading annual technology event, while boosting Dubai and the UAE’s global reputation in the technology sector.

“Once again, we are collaborating with government entities and partners from Dubai to highlight the progress made on the ambitious Dubai Paperless Strategy 2021, which seeks to achieve 100% digital transition by the end of 2021, in line with the directives of our wise leadership.”

An announcement to this effect was made at the event.  The MoU was signed in the presence of Ahmed Hashim Bahrozyan, CEO of Public Transport Agency, RTA; and Fahad Al-Hassawi, Deputy CEO Telecoms, du.

As part of the agreement, du is to provide Wi-Fi UAE services free of charge for riders of Dubai Bus, inter-city bus and expo buses. The service will also be available at 23 bus stations, 40 water transit means, 18 marine transport stations and several air-conditioned bus shelters. The service is set to be operational before the onset of Expo 2020.

The future of health and medicine

At a session held during GITEX, Dr. Daniel Kraft, MD Faculty Chair, Medicine and Neuroscience Singularity University, and Founder and Chair of Exponential Medicine, discussed the fusion that was now taking place between traditional healthcare practices and increasingly virtual, disruptive means of treatment.

“The future of medicine may not look like the traditional four walls of a hospital but will become increasingly virtualised and mobile, and AI and data-driven,” he said. “We have the opportunity to get out of the old ways of practicing medicine. We can catalyse many innovations to rethink and reimagine healthcare, get out of our silos, because medicine is very much traditionally based, and also get out of our silos of anatomy as we are now in a genomic, digital and connected age.

“Five billion people die every year, not from lack of medical care, but lack of good medical care. And now we are in an era where the Internet and data are becoming ubiquitous. Information is power, where we can leverage these technologies to deliver care when and where it’s needed.”

Kraft considered the ways that wearables, body computing, Big Data, Virtual Reality and Artificial Intelligence will give humanity the opportunity to rethink and imagine healthcare.

“I urge all of you to not think about how technology is in 2019 but envision where it’s going to be in 2022 and even 2029,” he said. “Bill Gates said ‘we tend to overestimate what happens in a year, but underestimate what happens in the next decade’. Let’s all of us move together; to move from reactive sick care to proactive prevention in healthcare; to make it from one-size-fits-all to personalised; from siloed to intelligent and crowd-sourced. If we take this mindset to exponential power, and get it out of our linear mindset, it’s up to us to create the future together.” 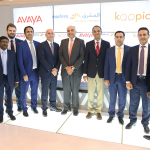 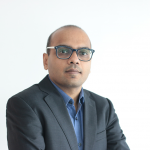