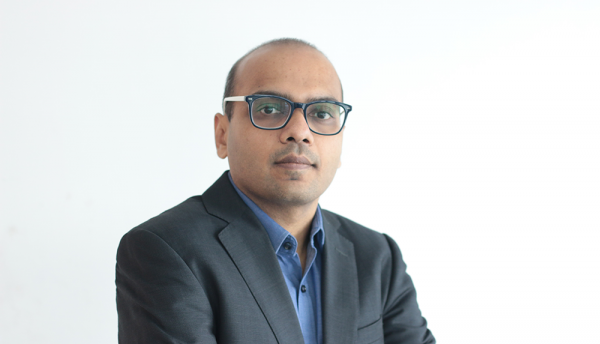 With Robotic Process Automation (RPA) on a rapid upwards trajectory, enterprises are benefiting from greater productivity and lower operating costs through the automation of routine tasks. Intelligent CIO talks to Milan Sheth from Automation Anywhere about how the technology is transforming the way enterprises operate.

This achievement underscores RPA as one of the fastest-growing enterprise software categories in the world and enables organisations to gain benefits from automation that include greater productivity and lower operating costs.

According to Gartner: “Robotic Process Automation software revenue grew 63.1% in 2018 to $846 million, making it the fastest-growing segment of the global enterprise software market.” Gartner expects RPA software revenue to reach $1.3 billion in 2019.

The Bot Store now offers 600 bots that can automate routine tasks, as well as 20 Digital Workers  that offer a set of skills to automate parts of a traditionally defined job role, by thinking, acting and analysing the way humans do.

“Bots and digital workers downloaded from Bot Store help organisations complete their automation projects up to 70% faster and at half the cost, while leveraging the knowledge of technical experts, developers and our partners.”

Intelligent CIO spoke to Automation Anywhere’s Milan Sheth, EVP IMEA Region, about how enterprises can benefit from RPA and AI and the simplicity of using Bot Store to build a bot.

How can enterprises utilise AI?

Enterprises use the human workforce to bridge applications and the work which is done using various applications makes it inefficient. This makes it non-scalable and cumbersome.

A lot of human effort is wasted today on mundane repetitive tasks. So, our software for an enterprise does three things.

It allows you to redirect human effort from mundane tasks to bots.

Secondly, it allows you to integrate a lot of semi-structured and structured data, which today, doesn’t get addressed. This data could recede in the form of a PDF, email, or a physical document which stays there and doesn’t get digitised. Our bots digitise that and then apply AI on top of it.

What sort of mundane tasks can bots take away from humans?

There are thousands of mundane tasks we do every day in an enterprise from downloading a document, uploading it somewhere, reconciling a series of documents between source A and source B, processing invoices, processing applications, attending calls with the same information again and again. Humans should not be spending their effort doing these mundane tasks. Our tagline is we want to take the robot out of a human using a robot.

What are the main requirements of your customers?

I think the customers come to us with three problem statements typically. Problem statement number one is: ‘We’re spending considerable time doing repetitive mundane tasks so help us improve productivity.’

Customers come to us and say: ‘We have invested in multiple technological applications, we don’t want to spend more money integrating them. Can we use your bots to make applications talk to each other?’

Thirdly, customers come to us and say: ‘We have some cognitive problem statements, where we have tons of documents which we are reading. Can your bots read them and make them intelligible?’

Fourthly, we hear: ‘We want to get into the Digital Transformation journey. Can you accelerate that journey using your bots?’

What can you tell us about how users can build their own bots?

We have launched our global product called Bot Store, which is the world’s first web enabled cloud native bot building platform. You can go to a website and start creating a bot.

You can just log in and the bot gets created. It’s as simple as that. So we launched this and there has been a phenomenal response in the region. It’s fairly straightforward. Let’s say every morning you get up and you want information from 15 websites on your topic of interest sent to your mailbox.

Today you can do it manually by opening a website. You go to Bot Store and you say ‘build a bot.’ From then every day that bot will start giving that information to you – as simple as that. 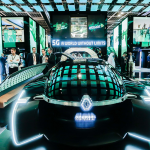